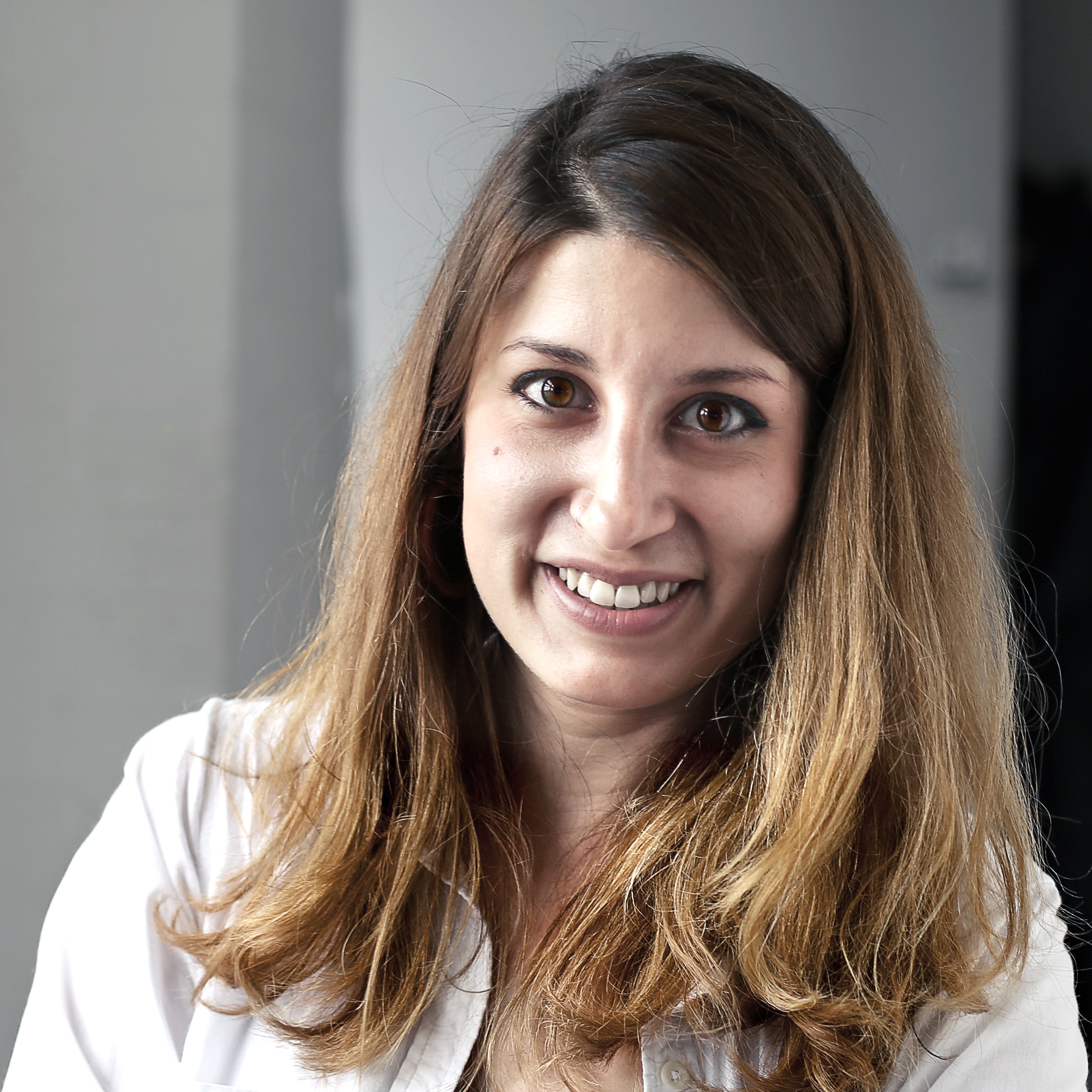 Award-winning freelance Director and Animator Effie Pappa has recently signed with the Feed Me Light team. Having produced a variety of commercials for world leading brands such as The Laughing Cow, Prèsident Cheese, La Perla, Cîroc and McDonalds, we decided to have a sit down with her to chat all things animation, food and new Collectives!

How did you first meet Feed Me Light?

Their work looked so close to stop motion, and I was truly fascinated by it, and I really wanted to meet them and see how they were doing it, and potentially bring these two elements of what I’m doing and what they’re doing together.

How did you end up pursuing a career in animation?

So I studied Fine Arts in Athens, and in the last year we had some branches to choose from, so I went to the animation intro and I absolutely fell in love, I was like, “Okay, I’m never leaving this place. I’ve found it, I’m so passionate right now.” And this passion has never actually left me. It is still there, and it has only grown more intense with the years. After a few years I did my Masters in Directing Animation, at the National Film and Theatre School in London.

What drew you to stop motion?

I just feel there is so much freedom when setting up a shot, in having a camera and testing things around to see what looks best and change the set up accordingly. It just felt so much more real. I also love 2D, but in stop motion I found just a great match for me. I just love the whole process of making the sets and talking to so many artists at the same time, going to shoot and having the DOP to talk with. I never had this experience before when I was working in 2D, it was just myself, my computer, and my cel drawings, but now I find myself with big crews and communicating with other artists around me, and that is just perfect.

What has been the most challenging project for you in this medium?

‘My Stuffed Granny’ is my graduate film from the National Film and Theatre School, and is definitely the longest film I’ve worked on. I was working on it for three and a half months, and thats days and nights.

I obviously knew how everything was going to be, as it was all so carefully planned, but at the same time, when you got to the edit room, it was still very much a positive surprise, and it was that feeling of “Oh yes, that actually happened.” Sometimes you forget that its this whole film, as so much is absorbed through every little shot, and then you have to step back and see how it all works in the edit. So it was amazing to see it all come together.

What was the funniest moment you’ve had on set?

Well funniest slash dramatic. I was animating a very difficult scene for ‘My Stuffed Granny’, and in the room we wanted a fog light to give a softer light, but obviously in stop motion we couldn’t have an ordinary fog machine as it would appear different on every frame and create a flicker. Myself and my DOP were like, okay, we need to find a solution as it would be absolutely wonderful visually, so we came up with this idea that if we place several fans around the set it would keep the air circulating in the same position, giving us that final look that we were after.

Finally we found the positions that we were happy with, and it was looking fascinating on screen. But just as the DOP was about to leave the room, and I was about to start shooting after days and days of setting up, he accidently knocked the fan, and everything was ruined. We had to redo everything and start from scratch. Myself and the assistant animator just couldn’t stop laughing.

Any plans for future projects?

I’m going to Greece for some time now. I really want to do some writing. I have an idea for a feature film that I just want to start properly getting my head around. I also got accepted into a storytelling workshop, so I’m going to be spending 20 days with mentorship and a group that are all developing their films, so I think it’s going to be a very inspiring environment.

I want to get a bit more into longer film formats. I really want to have achieved a feature film. I’m also really fascinated about series, and anything that is longer format than ordinary films. Ultimately, I just want to bring to life more stories.

Would you have a crew or collaborators that you would turn to for creating a feature/series?

I have a very lovely crew that has worked together since ‘My Stuffed Granny’, pretty much every project I’ve done since has been with them. I have two DOPs that I absolutely adore, we’re very much on the same page and have cultivated a taste together. The same for the art department, I have people that know what it means to work in stop motion, they always come up with solutions to make my life and the animators life easier.

Best/worst thing about living in London?

I absolutely love London. It’s a place where you can get so inspired, especially so in our creative field. I just love the multicultural nature of how it is, and obviously England with its history and its environment, there’s so much stimuli and other art around you all the time that really develops you as an artist.

What I want to achieve one day is to have my base in both Greece and England, and travel between both with my projects. I love this idea of how two countries can collaborate. for example what I get from Greece is the drama and passion and so many stories all around, and then here; I’ve found that there is this amazing work ethic, so I think these two very different aspects in my mind are a great combination to make films.

How is the animation industry in Greece?

When I was younger, the industry was absolutely tiny, it was like five to ten people, but through the past few years there, and I think that is very much thanks to a few people that have really tried to make the industry happen, right now there is a good industry. People that have gone out are now starting to come back, and bring lots of different elements with them, there is a lot to grow within the next few years.

I’ve even met artists from France, Italy and even the UK, that were model makers that moved to Greece and have been there now almost four or five years, because they’ve found it very inspiring and they feel like they’ve found a home to express their art. So there is definitely an artists wave coming and cultivating in Greece right now.

Can I say the dogs? The sunny people and sunny environment. I’d say it’s called Feed Me Light for a reason.

Effie’s arrival at Feed Me Light also heralds the launch of a new collective, Okra. Bringing together creatives that are creating bright and colourful work in stop-motion, CG and live-action, Okra sets its sights on being a creative field that shakes up commercial advertising in the food and fashion markets. Effie shares with us her vision for Okra and how it came to life:

I’d say that food has always been a passion. It was something that was happening on the side for some time now, working in food, and I have managed to gain a lot of knowledge through the commercials that I have done, and I just love how creative things can be with food. Naturally there are so many colours, and shapes and things to organically play with. Ultimately I cook myself, I love it so much, and animation and food I find work so beautifully together.

I’ve seen a lot of amazing food photography and this is where a lot of my inspiration has come from, I tend to always think of things moving, so when I see this beautiful food photography, I’ll think how it could move and what could happen on screen with them. I love to take different approaches in everything that I do with food, and I tend to see every recipe as a different little thing. I like to be as playful as possible with food, that is when the best comes out of it, you see every ingredient as a character.

Okra aims to create work across multiple industries, primarily focusing on both food and fashion markets. I see food and fashion as a very similar thing in the approach, I want to shoot things with food not just on a table, but in different landscapes and locations around the world, and it is similar with fashion in that you want to take the story outside of its natural setting. So clothing and food all come under the same umbrella in terms of vibrancy, aesthetics and character.