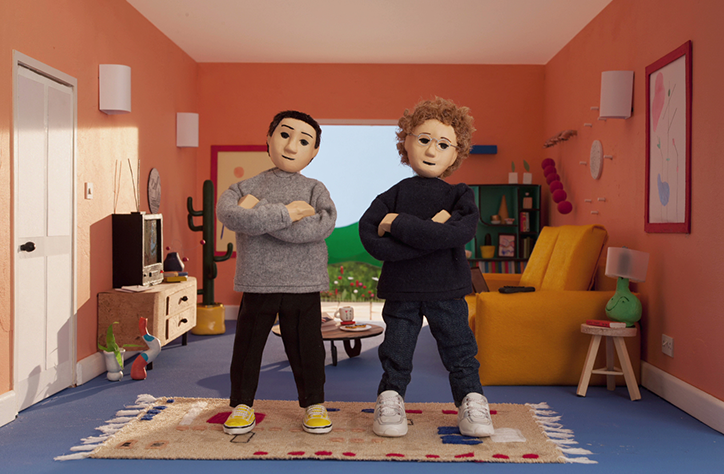 21.12.18
Feed Me Light have loved working with director Chris Ullens these past few months on a few fun-filled projects. One of which was the recent music video for the catchy as hell "Loving is Easy" by Rex Orange County, under director Chris Ullens. Enjoy our sit down chat with the director himself, Chris Ullens, below!

Special shoutout to our very own Simon le Roux, who worked on the CG lip syncs of the stop motion puppets. I'm sure if there was one song he needed to hear on repeat for a few days, he's glad it was one as funky as this.

How did Rex Orange County come onto your radar?

Rex approached me, he said he had seen my work and really liked it. He was hoping to have a stop motion piece for his next video. Rex and I hit it off, he’s a solid guy and I loved the track. He only wanted to work with me, I couldn't refuse! A very modest budget with 4 weeks to produce, challenge accepted.

People! I was so blessed with the team that came around me, they were flawless. The whole piece came together so organically, I didn't have the time to think too much about the details. I just had to trust my team and their vision. This made for a fantastic vibe within the team, we all understood our importance and had so much respect each other's efforts.

And music! A lot of people ask me why I've mostly produced music videos, especially as sometimes the budgets aren't huge and animation can be such a long, laboured process. Honestly, I love music. I listen to music 24/7. I love crafting stories to fit the music.

What drew you to Feed Me Light?

I’d seen their studio pop up and admired their work. Time was tight and I knew I could trust them to deliver. I worked with Feed Me Light on another project previously, so the connection was already there. I knew with their skills that they could nail the look I was after. It worked, I got so many people remarking on the lip syncing. They caught the light and tone perfectly, the texture and “hands on” feel was preserved. It brings so much life to the characters.

What is it about stop motion that drives you to create it?

The perfect imperfection. It’s the human touch, the fact that what you're seeing has been clearly manipulated. Life is is such a chaotic mess, it’s wonderful in its own right as a result.

When I was a child playing, I would take all my toys out to the garden for a jungle setting or go and play in the pond, acting out the scenes, creating stories and worlds. There's something in stop motion that engages my inner child, watching my imagination come to life. These pieces of material now have souls and personalities. That blows my mind.

Sounds like you’ll look back on this project fondly.

This was a very happy chapter, I'm so glad I took it on, it's one of those mad projects that you commit to and have no idea how it's going to come out. I jumped in thinking, "Shit, how the f**k am i going to do this? I’ve a modest budget and 4 weeks to pull it off."

We just went for it, everyone was a safe pair of hands, I’m so grateful to the team and well wishers. Working with Feed Me Light was brilliant. It was such a pleasure winding the project down in their office. They’ll definitely be seeing me again! 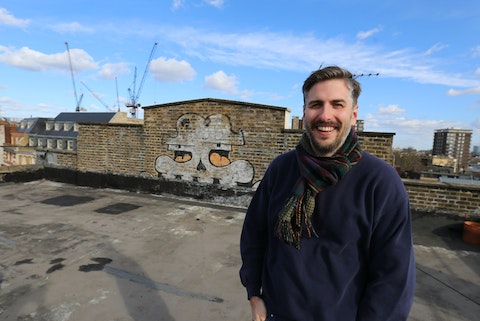